Upcoming episode on the Psych Health and Safety in Canada Podcast

My Peace with Diversity and Inclusion 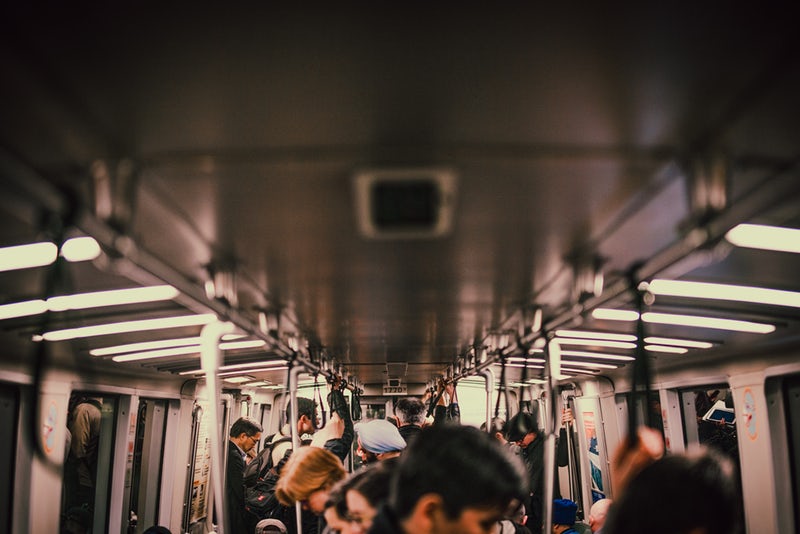 My Peace With Diversity And Inclusion

This blog post is a response to a post by Chin Hing Chang titled “My Beef with Diversity & Inclusion.” Chin is an amazing tech start-up community enabler both in his role at Spring as well as outside. Chin has recently started a project called Value Hiring, which is a job board for mission and value aligned opportunities. Chin notes that his post was written in stream of consciousness style; my response to his post is stream of consciousness style as well. For context, I suggest that you please read Chin’s post first before reading my response.

First, a big thank you to Chin for sharing and starting a conversation around Diversity and Inclusion (“D&I”). Conversations around D&I are important even if some topics are awkward, sensitive, or challenging to talk about. A terrible outcome is people being too scared to voice views out of fear of not being PC or fear of being called out for being ignorant or ill-informed. Given that oppression in all its shapes and forms has not ended means we are all learning about D&I – I certainly am! – and will be for a very, very long time. Learning together means creating a safe space to voice views, fully or partially formed, well structured and reasoned or stream of consciousness style. Conversation is the most human activity; even if we may not agree, considering other points of view shape and refine our own. Most of all, awareness of other points of view and why they are held builds compassion and empathy.

D&I is complex especially when considered through an intersectional lens. Chin, by writing his post, and me by writing a response, run the risk of potentially oversimplifying complex ideas, glossing over or omitting various factors, and even speaking from relative ignorance or misunderstanding about others. Please do comment to fill in gaps and call us out if need be. I believe both of us have written about D&I because the topic is so important.

When someone says, “I don’t see colour,” should they be shut down?

I do see colour. I was conditioned to see colour. I am a Sri Lankan of mixed race. As a child, I was featured in a book on Sri Lanka as representative of the Burgher community. In my career, I was discriminated against because of my race/nationality, but I also enjoyed privilege because I was relatively fair and had a European given name (“Adrian”) and a Dutch surname (“Jonklaas”).

My wife doesn’t see colour. It’s wonderful that, by default, some people see and treat all humans the same irrespective of colour. However, each of us must always be aware that race does impact the lives of everyone who happens to not be the majority in their local context. This can result in minor inconveniences (e.g., a person from the majority race cuts in line ahead of you, as I have experienced) or lead to much more serious consequences, such as social exclusion, public demeaning, and even violence.

If I heard someone say, “I don’t see colour,” I probably would use it as a conversation starter to dig deeper into their experience and the experience of racial minorities living in their communities. Even in Vancouver, one of the most aware and progressive cities in the world, I have heard a Chinese immigrant describe feeling inferior because cars would not stop for him crossing the road while they would for a non-Asian. While we shouldn’t necessarily shut down anyone who says they don’t see colour, we should ensure that when they say it, they are not inadvertently downplaying or erasing the very real – and often terrible – experience of those from minority racial groups.

I agree with Chin. Diversity for the sake of diversity becomes a box-ticking exercise and misses out on the biggest opportunity – “inclusion.” The phrase – credited to Verna Meyers – “diversity is being invited to the party, but inclusion is being invited to dance” drove the point home for me.

In the workplace, inclusion is when everybody has equal access and opportunity to participate in meetings, decisions, mentorship and training, activities, etc. (within the context of their role). This means admin tasks aren’t loaded onto someone from a minority, which takes away time and opportunity from being involved in other higher value-creating processes. This means when strategy is discussed and formulated broad perspectives and cognitive diversity are brought to bear.

The Holy Grail of inclusiveness is when each of us can bring the best version of ourselves to work and be that best version with everyone in the organization. When diversity (representation) is mandated and doesn’t treat the causes (surfacing biases and mindsets), which prevented diversity in the first place, there is a failure. Where I disagree with Chin is that inclusion can never be mandated…it has to be cultivated (according to Janet Stovall in her brilliant TED Talk) which takes considerable time and effort to do so. But so worth it – see links at the bottom!

“We’ve explored a fundraising training program specific to supporting female entrepreneurs/immigrant entrepreneurs.” Regarding affirmative action, I understand Chin’s mixed feelings. As a high school student in India, I too had mixed feelings regarding affirmative action where a certain percentage of seats in universities were reserved for members of minority groups (called scheduled castes and scheduled tribes). Many of the admitted students from the minority group had lower scores than students who may otherwise have been admitted. Believing in meritocracy, I felt that it was unfair that some minority students were keeping out other qualified students who had devoted years of hard work to their studies. However, over time I have understood and accepted that affirmative action is often necessary to address the disadvantage of systemic and generational oppression. The majority of students from scheduled tribes and castes (who are from rural areas) cannot compete for the university seats because the quality of education they receive – if they have access to it at all – is far inferior to students from cities. This is for a variety of reasons including general neglect of rural areas by the central government except for during election years as well as corruption to the extent that budgets for schools and teachers are diverted to politicians and business people. I am aware of schools that only exist on paper and accounting books! Furthermore, the parents of these students are more likely than not illiterate. Everything about the system is unfair to these students, and therefore affirmative action is corrective and required to give scheduled caste and tribe students a chance to break out of these generational disadvantages.

The fact is women founders face many barriers that men do not in terms of access to funding. Right now it is appropriate and right that we promote programs that redress this. Perhaps 20 years from now when my daughter starts her first company she will face no barriers to funding. In that future world, there would be no requirement for female founder only funding programs.

We all want to live in a meritocratic world where D&I is not at the expense of quality. In the case of the female founders, this is not the case; there is data that female-led startups do better than male led start-ups. Chin makes a great point which is important to note: work needs to be done with the funding providers. That is where the problem is. Changing internal mindsets is superior to explicit targets or actions. My view is that both are required because changing mindsets takes time.

We absolutely do not want monolithic culture. We want rich, diverse culture…cognitive diversity is when the best decisions are made and creativity and innovation happen. A thought provoking quote I heard in a video of a conference keynote recently: diversity means a diverse group of people with their varied individual baggage (biases). It’s interesting to think that counteracting bias may be to have more diverse biases!

Once again, I appreciate Chin for sharing. I have expressed to him personally that I have very high regard for his commitment to transparency and that sometimes means thinking/working out aloud.

I would like to end with some links and resources to anyone reading this who is wondering what the big deal about D&I is in the first place:

To me, the number one reason for D&I is that it is a moral imperative; it is simply the right thing to do! However, there is also a plethora of research which builds the business case for D&I.

Finally, here is a great talk on humanizing diversity…I think this is getting to the heart of Chin’s post…D&I is not about meeting quotas…it is about (messy) humans!

We are privileged to work on the unceded traditional territories of the Coast Salish peoples of the xʷməθkwəy̓əm (Musqueam), Skwxwú7mesh (Squamish), and Səl̓ílwətaɬ (Tsleil-Waututh) Nations.